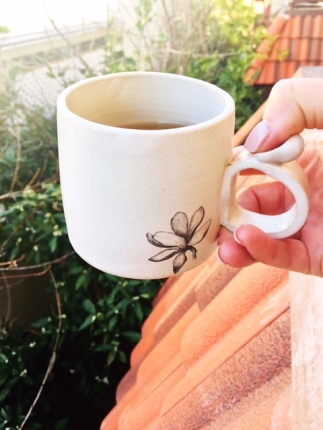 Here is something you may not know. Since my early teens, I have battled anxiety and OCD. Maybe, before that, there were symptoms — signs I coped with the world in a different way. I was little, and I was good at playing pretend, so I can’t be certain. It was a different time, and diagnoses wasn’t easy to come by.

The battle began in earnest, though, when my family moved away from Texas when I was thirteen. It felt as if the bottom was falling out of my life. In one fell swoop, I had lost my best friend, my support system, and the only place I’d ever called home. It would take years for me to get a grip on what was happening to me. Even longer to own my recovery.

But that’s a long story, and today is not a good day to tread back over it. Why bring this up now? I woke up this morning and knew: today is a high anxiety day.

When I got out of bed, I felt heavy. My chest was tight, my skin hurt. The sound of my son’s voice seemed far away. I couldn’t close my eyes again because my thoughts were racing, wouldn’t settle on any one thing.

When I drove my son to school, the world was too bright. Cars were changing lanes too close me. Pedestrians were too near the curb. My adrenaline kept spiking, and my hands were shaking.

When I dropped my son off, I thought of how many parents drop their children at school and never see them again. How horrific a thought, and how shitty I was for allowing myself to feel the way I was when so much bad was everywhere, so nearby. I hugged my son, held his hand. He humored me because he’s intuitive, and maybe he needed it a little, too. I told myself that.

When I got home, I was in a fog. I knew what was happening and I felt powerless to stop it.

I cleaned the living room. Put on laundry. Made the bed. Cleaned the kitchen. Stay moving, stay ahead of it, that’s my mantra. I cried when the floor got some soapy water on it.

I started making dinner that was supposed to go in a crock pot. I had gotten the wrong potatoes, and one of them had roots on it. I had to cut that off. I mused over how no matter how hard I scrubbed, I couldn’t seem to remove all the dirt.

I questioned the recipe, mistrusted the portions, wondered why the author had used different forms of measurement for the same kinds of root vegetables. Pounds, Milliliters, Grams. PICK ONE. I was agitated, for a second, that was better.

I pulled out the crock pot and loaded the now cut, rootless, and stupidly measured ingredients in. I worried they wouldn’t fit. They did. I couldn’t celebrate the victory like I’d like.

I plugged in the crock pot, put on the lid, and realized this was not a crock pot, but a rice cooker. That would not work. Dammit. Why had I thought this was a crock pot? It’s not even the right shape. My throat felt like it was going to close.

I began frantically searching for the crock pot. Through the depths, a memory emerged. Me, cleaning out the kitchen before we moved from Texas, claiming I did not need to bring the crock pot at all.

I began to cry. It was easy. Every nerve had already frayed somewhere between waking up and that moment. It wasn’t hard to believe that my sudden lack of crock pot would be my eventual undoing.

I realized, through my tears, that my tea had gotten cold. I guess I had made tea somewhere in there, probably as part of my OCD attack plan, and forgotten. For a second, that felt like a tragedy and then —

I could heat it back up. I could pour it out. I could choose a different tea bag. The world of that cup of tea felt limitless. Slowly, my ribs stopped trying to squeeze out all my other organs. I could breathe again.

My adrenaline slid back to neutral. I turned on the kettle, pulled out a fresh tea bag, and decided to cook dinner on the stove and fuck that recipe it was shit anyway. I DID NOT need a crock pot.

Anxiety and OCD do not look the same on everyone. For me, they look like a roller coaster, full of hills and loops, rocketing motion and sudden stops. Most of the time I’m not on the ride. Not now, not after years learning to cope and facing my fears. That doesn’t mean I am not still occasionally in the line, or like today, buckled precariously in and imagining all the ways the coaster could kill me. Like today, I know I will be on the coaster for a while. I am past the worst part, but not in the clear yet. That’s okay.

Some days are harder than others. Pretending they aren’t won’t help. There isn’t any one way of coping, but coping and caring for yourself in the midst of it all, is a must. Reach out, whether to a friend, by writing a strongly worded critique of a recipe (which you don’t send but feel vindicated by nonetheless), or crying in the kitchen while your husband stands nearby knowing that’s better than touching you right now.

Remember: This does not make you weak, or wrong, or less.

Remember: You are not alone.

Remember: Eventually, this too shall pass.