Today, I feel the pressure of being closer to thirty than twenty-nine with an acute pang of melancholy and reflection. I have used my twenties to find myself, maybe in the most obvious ways — maybe in ways that are only obvious to me —and still I am not sure it is myself I have found, but this years version of myself instead. And that thought scares me more than I like to admit.

It is like I am racing with myself. Not toward a finish line, but toward the memory of who I have been and who I wish I had become, toward the apparition of who I am becoming and who I will never be. There are those who will say thirty is just a year, another birthday in a long line of birthdays. But those people have never been almost thirty as an American female.

It’s not really about aging at all. When I look in the mirror, the face I see isn’t that different than the face I saw a few years ago. 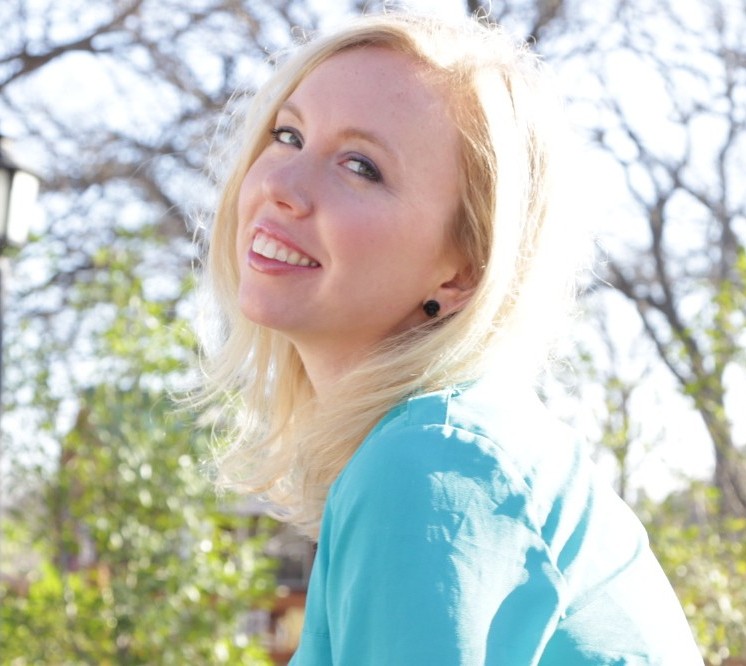 Maybe my face reflects the discovery that I could write —write well, and keep writing even when I failed, even when I wanted to stop. Behind my eyes are years spent in Brooklyn, chasing a kid around Prospect Park and questioning my own status quo. There is darkness hidden there too, questions I grapple with daily that the 25-year-old me would never have dreamed challenge.

There are also answers pressed into the tiny wrinkles that crease my eyes when I smile, now, because I do know a little something of the world and am OK with not knowing everything.

This woman is young and old. Silly and serious. Moved and unchangeable.

No, the pressure of thirty is deeper. It is the rush of time as it speeds around me, propelling me forward but trying to keep me from flying. When I was a child, I was made of dreams of the epic variety. I wish I could say I no longer harbored those aspirations to greatness, but that would be a lie. Dreams are the fabric of my person, the thread that sews me together. As thirty approaches, my seams are being stretched out and examined, re-stitched and altered.

Today is Independence Day, and I am thinking about the idea of Independence. In many ways, I am an average American: busy, a little self-centered, overcompensating for the guilt that comes with privilege and ambition. All around me I see freedom wasted on laziness, on fruitless wandering, on the inability to commit to being more than your current state.

I am not above this waste. I shit around with the best of them. But then I see people trying. People with ambitions to alter the world, whether the world for them is their backyard garden or the local food bank or their city government. I was raised to believe that I can do anything, and that is a very American concept. That is the result of a life lived in independence.

Independence is honesty. It is acknowledging what you fear, owning it, then conquering it. I fear the unknown beyond my twenties, but that is just a symptom of the probably never-ending fear of what I cannot see. What is beyond me to see.

Countries have borders and laws, but so do human beings. The person I found in my twenties may not be me in five years, but it is me now. It is me at this level of achievement, at this time in life, in this version of the world. The somethingness I strive for will never be in reach because even when I am living the dream, a new dream will be born.

I am not thrilled with feeling this way. It makes me itchy and snarky and want to sell all my belongings and hit the road with my husband and son. It tugs at me, unsettling me on the very best of days, and rattling my core on the worst. I am having to learn to accept that this is how it feels to be living, actively, and that is better than being stagnate. Where I am is the place I am, in the day I’m living. It is not about being thoughtful or calm or blissful or willing. It is just showing up today, then tomorrow, and then one day I will be thirty and I will have moved from the seat I warmed when I was twenty-nine.