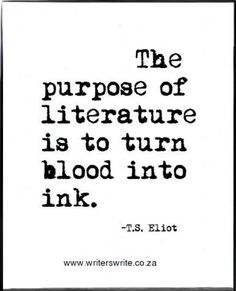 Revision is a bloodbath. It is an assault on words you vomited — eked, spit, sweat — onto the page during drafting. It is where you get to the heart of your story. It sometimes involves massive cuts, sometimes surgical edits. Sometimes it is about character, and others about prose. It is a process, and while there is no one infallible way to revise, there are some truths universally acknowledged.

Write Tip #1: You must read your entire manuscript, from start to finish. There are no exceptions.

As you begin to read your manuscript, you will consider carving out your eyes with a melon baller as an alternative to reading anymore. Push past that and separate yourself from the hope that your first draft isn’t total shit. Even if you are a seasoned and stupendous writer, your first draft will have cringeworthy moments.

This read through is to identify the Global Problems. World building, themes, arcs — these are all Global. Focus on those first. Are they all working? Did you drop a thread somewhere in the middle and never pick it back up? Are character arcs satisfying? Is the voice consistent?

Once you have read and unearthed the large problems in your manuscript you can make a plan.

Write Tip #2: Do not begin cutting and slicing before deciding on a plan of action that will address the problems in your manuscript. Then write it down.

Break your problems up into categories. Define them by character. Divide them by plot point. I cannot tell you how best to organize the list of issues you will likely uncover.  It will all feel a lot more manageable if you organize it in a way that helps you relate to the story with fresh eyes.

If you focused on plot in the drafting stage, try organizing your revision by character arc and internal goals. If you were all internals and forgot plot points even existed, focus on the story structure.

Write Tip #3: Take it one step at a time. It is easy to get overwhelmed during revision, breaking it down into bite size pieces is how you avoid that.

During a recent revision I had to cut a character. Not kill her. Cut her – remove her from the story entirely. The first step was extracting her from every scene she was featured in. Then, I made notes with Track Changes to remind myself that the scene would need to be reworked later. I did this throughout the entire manuscript until all evidence of her existence had been edited away. I was then able to go back and revise the now chopped up scenes all at once.

Write Tip #4: When the first set of revisions is complete, and before sending it to critique partners, read it again, this time focusing on Local Problems.

Local Problems — grammar, punctuation, word choice and narrative flow. Local problems have a big influence on how the manuscript reads, and while they might not be as glaringly obvious as Global Problems, they are just as important.

You will never be able to make everything perfect, and even with reading and rereading you may not notice all the problems in your own manuscript. Print and read your draft aloud. When you stumble on the prose, examine why.

Write Tip #5: Give it to readers and begin work on another project. At some point you will take a draft as far as you can on your own, and a fresh set of eyes is essential. While those eyes are perusing, take out a Shiny New Idea from the vault and ask yourself what if?

Next up: Handling critique, revising on feedback, and preparing to query.

To check out previous posts in this series follow these handy links ::

15 thoughts on “On Writing a Novel: Revision is not a Four Letter Word”

All content on the blog, unless otherwise expressed, is original to the author and is not to be reproduced without permission. © Rebekah Faubion
%d bloggers like this: