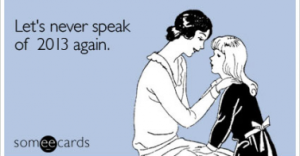 I’ve been quiet these last couple weeks, not from a self-imposed vow, but a life and holidays and I-have-too-much-other-shit-going-on-to-sit-down-and-blog hiatus that turned into It-feels-good-to-keep-my-thoughts-to-myself siesta. As a writer who blogs, the goal of getting a post up can overshadow the need to communicate well. The world inside the internet is very small. You can touch the life of a person in Israel from a computer in North Texas. This is humbling, and so it also is sobering.

So, with my thoughts all a jumble over the holidays anyway, and my brain split in three different directions by noisy characters with big personalities, the desire to blog with purpose took up residence on back burner number one. (Right next to housework and hairstyle maintenance.) (Really, my hair currently resembles Bellatrix LaStrange.) 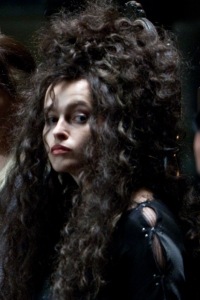 I considered writing a thoughtful post sometime before Christmas about not getting lost in the hustle and bustle of the holidays. I decided that would be a false representation of my current state-of-mind, was basically total bullshit because the hustle and bustle of the holidays is what makes them the holidays, and a message of survival of the fittest mingled with let’s just get this overwiths might garner some Grinch comparisons.

I read instead. In fact, when I wasn’t sure I could cope with the way I was actually feeling (which was an unattractive shade of gray-brown) the book in my hand became my stiff drink. (I also had a few stiff drinks, but I am resolving to talk less about my drinking habits in 2014. It’s a less noble goal than actually drinking less.) Books became council, and books have always been friends.

There were moments where I sat up straight, book in hand, glee in heart, grateful for the life of a reader in the midst of a perilous time of year for many. And in that euphoria, I considered writing a blog post about it.

Then I didn’t. Because it wasn’t a story I wanted to try to tell. Not right then, when it was so special, and the book was still hot on my fingertips and soaring through my imagination. As a writer, your whole life becomes source material. Your every experience gets picked apart for the sake of your characters, your followers, your quest for honest storytelling in a world where honesty is hard-won.

In the age of Twitter, boiling down your thoughts into quippy, 140-character posts and cleverly hashtagging feels like art. In the time of Pinterest and Instagram and Facebook friends, the content of our lives becomes a marketing gimmick for all to see. I won’t even say I’m guilty of this, because I am also proud of this. As a person pursuing publishing, utilizing the fabulous portal of the internet to talk to someone halfway around the world about words and books, is essential and heartening and affirming.

But sometimes our lives need to be lived off the grid. Sometimes our hashtagging batteries need to be recharged. Sometimes the feels created by Sarah Rees Brennan, or Cristin Terrill, or Rainbow Rowell deserve to live only in your brain and body and hair. Sometimes, just not saying anything at all is saying everything.

It’s the end of 2013, and I should post a comprehensive list of all the books I read this year that I think you need to read (and I will, but not today). It’s the end of the year, and all I really want to say is thank you. It’s been a long year, but not any longer than the year before. It’s been 365 days of writing, and crying, and fighting, and wishing, hoping and dreaming.